Losing the Hate: Forward (Written by Claudia B. Modie)

FORWARD BY CLAUDIA B. MODIE
(AUTHOR OF HYBRID)

As a mother of three boys, I have experienced the impulse to lull myself into a false sense of security with regards to sexual abuse.  After all, it's girls who are most at risk right?
Statistically this appears to be the case; however, since boys are less likely to tell, these statistics are somewhat skewed and far from reliable. 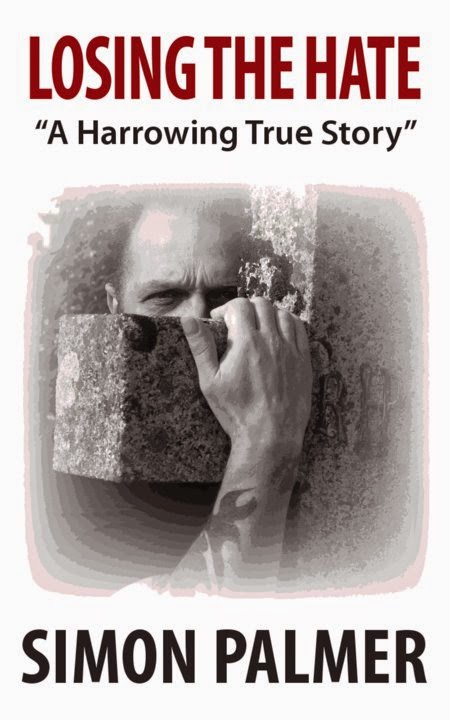 The sad fact is our children, regardless of sex, are being exploited.  It happens in our places of worship, our schools, and most disturbingly in our very own homes.
No amount of money, physical location or parental vigilance for that matter, can shield us from the predators lurking in the human jungle.  These hunters are not motivated by survival; they prey on our children merely to satisfy their own perversions.  And until we declare open season on these vile sub-humans, our children will remain at risk.
I came across Losing the Hate on a website, which enables writers’ to critique one another.  As is common, I planned on reading a few chapters, making my comments, and moving on.  Instead, I read it in one afternoon.
Never having experienced such an emotional reaction to a book, my need to reach out to the author became a compulsion, and I acted on my instincts.    We became fast friends, and despite his living in and my residing in , not a day has passed since without our speaking. The has only managed to separate us in a physical sense.
I only mention this because, other than the seven years it took Sye to write Losing the Hate, I have been privileged to share his journey in the evolution of this work.
There have been many frustrations on the road to getting the book to its present state, primarily because it is difficult for Sye to re-visit the horrific events of his past, but there have also been other emotional issues to contend with.
Not long before publication, Sye received a critique in which another author accused him of having "enjoyed" his abuse, even going on to say, "he was just afraid to admit it." These comments were made by a woman who wrote a memoir on her experiences with incest.  And although her words were hurtful and ignorant, they did serve to clarify the importance of bringing this book to print.
If these attitudes are so deeply ingrained that even victims of sexual abuse "blame the victim," belittling their suffering based on gender, only serves to perpetuate continued abuse.
In fact, we may inadvertently be placing our male children at greater risk by making them a more appealing target.  Especially when the likelihood of being found out is lessened by the stigma attached to admission.

We have to allow boys to feel they will be equally supported in these appalling circumstances.
Men must be encouraged to speak out without being accused of "enjoying it," or for fear of being falsely labelled homosexual.


I am extremely proud of Sye for having the courage to make Losing the Hate public.

To continue reading please click on the links below: