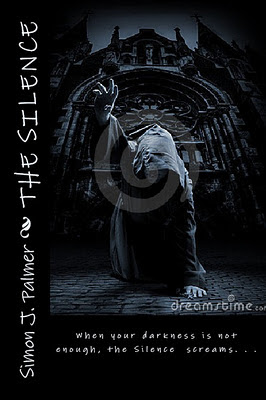 
THE MAN WITH NO FACE
1971
She sat huddled in the corner of the room, shivering violently. Her face was still wet with blood; blood from the body of the young girl that lay in the centre of the littered space. The girl, who looked to be no older than twelve or thirteen, was laying in a crucifixion type pose, what was left of her that was. . .
. . . Still the woman trembled in the corner.
She tried to listen, to see if she could hear any footsteps; footsteps that would tell her he was still there. However, all she could hear was her own blood as it raced through her veins and boomed in her eardrums, almost splitting her head in two.
Where was he?
Who was he?
Where did he come from?
Her mind was at bursting point. Moreover, her fear was eating her alive; devouring her very flesh as she sat in the corner of the room, just her, and the girl he had ripped to pieces. She tried to gain some sort of composure; some sort of calm, and at last her fear allowed her to move, to try to make an escape. She inched forward on her knees, something swung around her neck, like a large pendant. She grabbed at it, pulling whatever it was from her body; flinging the foreign object to the floor. Her eyes tried to focus on what now lay before her, just inches from her fingertips. It looked to be like a string of sausages, the type you see hanging from the wall in the butcher’s shop on the high street, only the colour was not quite right. It was just seconds before she realised it was the dead girl’s intestines . . . and she screamed, screamed into the darkness where there was no one to hear her, no one, except the man with no face.