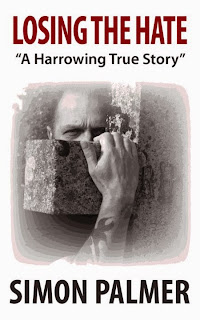 The next day at school Ropeman asked me if the following Saturday would be okay to take the photographs. I told him that would be great and excitedly ranted about how much I was looking forward to doing them. He patted me on the shoulder and smiled, saying that if at all possible I should bring a few items of clothing. When I asked what it was I should wear, he simply replied, “Whatever you look good in.”
After what seemed to be an absolute lifetime, Saturday morning finally arrived and I was ready and waiting outside the school gates, clutching a carrier bag my mother had filled with various items of clothing. It was only a matter of minutes before Ropeman pulled up in his car, beaming his usual smile and gesturing for me to get into the front seat, “Morning young man, you all set and raring to go then?”
“You bet,” I answered, “I got some jeans an’ T-shirts, Mum ironed me school uniform an’ all.”
“Excellent, lets rock an’ roll then.” He seemed to be as excited as I was, explaining that we would be doing the shoot at his flat, saying it made more sense since his equipment was stored there.
The drive only took about twenty minutes, and as I got out of the car an unfamiliar sound of gravel crunched under my feet. A huge Victorian house seemed to peer down, almost beckoning me with it’s large “window-eyes,” inviting me to enter it’s mouth; and as I continued to gaze at the sheer magnitude of the building I felt his hand rest on my shoulder, “It’s not all mine I’m afraid.”
When I looked up at Ropeman, I noticed he was almost beaming, a smile plastered across his chubby face. Without hesitating I smiled too, still feeling fortunate and tremendously excited.

We walked side by side across the drive, up the enormous stone steps and entered the gigantic front door.  Any onlooker who may have happened to glance our way could easily have mistaken us for father and son.
Inside was an unexpectedly small hallway with a winding staircase leading up to the first floor. Ropeman gestured me towards an inner door opposite the stairs.  He led me down a narrow passageway that opened out into an impressive lounge. The room was littered with bookcases, but my eyes were immediately drawn to the lighting and tripod that dominated the centre of the living space. Ropeman left me alone while he sorted out some cold drinks.  When he returned I could hardly believe my eyes; he was carrying two glasses of beer. I put the glass to my lips and took a huge mouthful.
“You take your time with that young man; there’ll be hell to pay if I take you home tidily.”

I was ten years old.

He suggested that we begin straight away and I was told to sit on the sofa, ignoring the camera as best as my excitement would allow. Maybe about six or seven  shots were taken when, as cheerful as ever, Ropeman asked me to take off my top.  He explained that it would add to the image of me relaxing at home.
The request made me feel quite embarrassed, but ignoring the sudden wave of apprehension sweeping over me, I agreed and removed my T-shirt.
A dozen or so more pictures were taken before we took a short break.  He offered me more beer.  We chatted about school and what I got up to during the evening with my friends, Peter Simpson and Mark Milner. They were also his students, and the thought crossed my mind how envious they would be when they found out I had spent the day at Ropeman's home, drinking beer no less.
Once the small talk was all but done, he piped up with what was quite obviously the next part of his elaborate plan, “What do you think of stretching out on the sofa, as if you were asleep? Think you can do that?”
“Yeah, be easy,” I said with false bravado as another wave of apprehension took hold.
And it was there, as I lay on the settee that my journey into hell began.

I remember feeling as though a thousand eyes were staring at me; and at that moment I truly hated the camera more than anything in the entire world.
When Ropeman instructed me to pull my jeans up as far as they would go, my young mind had no idea that the next shot would be centered on my private parts.
Minutes later my photo was being taken with me wearing nothing but my underpants, again, pulled up as far as they would go.

Take it away, take it away,
Smash it or burn it, that Saturday.
Tear it and rip it,
Take the memory away,
I long to forget that Saturday.
Leave me, leave me, and leave me alone,
No more photos, just take me home.
Don’t give me smiles,
An’ I don’t want your beer,
Don’t ask me to strip,
Don’t fill me with fear.
I hate you, I hate you.
You horrible man.

I often wonder how many lives may have been destroyed by my silence, how many tears were shed because I did not have the strength to tell anyone what he’d done to me?
Sometimes, when my mind travels back to those horrific years, reliving the anguish and torment, desperately trying to understand why he did those things, I wonder if my fear of speaking out indirectly sealed another child’s fate. When, stripped to the waist, while standing in the middle of his lounge with nothing but my briefs on, was I helping to lay the blueprints of someone else’s future? Sealing another young person's nightmare at the hands of a vile and twisted creature?
I know that in the cold light of day, I’m in no way to blame for anything, but it doesn’t stop me from feeling these emotions.

God, how I wish that my silence hadn’t been quite so damned silent.

(Taken from the book, Losing the Hate).