DRUGS, DRINK, AND SELF LOATHING

The first few months went swimmingly well. There were no clashes between me and the other five residents, and I’d been allowed to shop for myself following my initial trip with Caz. Even the relationship with my family was back on a fairly even keel. 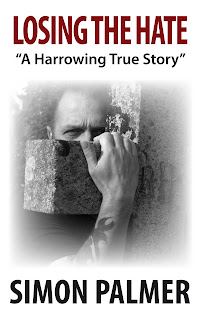 As soon as the time came for me to leave school everything changed. Between what the state paid me and my food allocation, I was receiving £35 a week. After paying £4.50 board and lodging, the rest of the money was my mine to spend.


I began to drink heavily and it wasn’t long before I made friends who were keen to sell me as much cannabis as I could afford. As my drug and alcohol abuse grew, the unemployment money was no longer enough to cover the lifestyle I’d become accustomed to, and I became very aggressive towards the staff at Kingfisher.


To make my money go further, I started drinking very strong lager with a volume of 9%, only


Returning home when I was out of drink or spoiling for a fight.


The more the staff tried to understand why my behaviour had taken such a dramatic turn, the more I rebelled against them, threatening to run away or smash up furniture. When my threats centred on violence towards whichever staff member I was arguing with, Bill informed me that they’d been instructed to call the police, telling me my adverse behaviour would no longer be tolerated.


The anger inside me continued to escalate and my alcohol consumption remained astronomically high. Feeling unable to release the tension coursing through my veins, I started to self harm in a manner which never happened before; taking kitchen knives to my forearm and really cutting myself in a disturbing way. I’d butcher my arm, hacking rather than cutting, causing gaping wounds that pumped rather than oozed blood. The hatred I’d often shown towards others was now turning inward; and my greatest wish was that death would take me away.


Things got so bad I was being taken to the local hospital two or three times a week to be stitched up. The casualty staff demanded an explanation as to why I was being allowed to hurt myself whilst still under the supervision of council care workers.


It was decided all the kitchen knives were to be kept under lock and key, and if I needed to peel some spuds or cut some meat, it would be done for me, but short of locking me up, there was pretty much little else they could do.  Caz continued to try and help. She was genuinely concerned, but I really didn’t have any


interest in sorting things out. The self destruct button in my head was now activated, and there was little anyone could do to help.

As well as self harming, I reacquainted myself with sniffing glue only now I no longer did it privately, thinking nothing of sitting in the communal lounge with my “bag,” waiting for a reaction. When none came, I was more than happy to just get high, revisiting the euphoric world which had welcomed me only a few years before.


I remember one situation in particular, when I pushed my luck to its limits with the officer in charge. His name was Malcolm, a very experienced social worker, being in the job for over ten years. I’d decided to glue sniff in the lounge, desperate to create an argument with him.


Sure enough it was only a matter of minutes before he entered the sitting room, demanding I hand over the bag of Evostick. I told him to fuck off; and he did. Thinking I’d won the battle, I strutted into the kitchen, where another member of the staff was making a hot drink. Proud of my apparent victory, I boasted, “he’s a fuckin’ good social worker aint he? Couldn’t even get the glue off me, wanker.”


The residents present looked at me in disbelief, and the staff member, a black guy called Les, smiled at me and simply said, “D’you want to talk about it Simon?”


I paced around the dining table, inhaling the bag of glue, laughing hysterically between breaths, knowing I looked insane.

“Simon, you don’t need that stuff,” continued Les, “why don’t you come into the quiet room and have a chat?”


I begrudgingly followed Les, doing a shit job of imitating his swagger for the benefit of no one in particular.


“Fuck it, what d’you want me to talk about then?”


Unbeknown to me, Malcolm had called the police, and just as I handed Les my bag, two officers came running towards me. I legged it through the lounge and out the back door, making it halfway across the garden, before being caught. A torrent of abuse flew from my mouth and I began to kick out at my captors. They managed to get the handcuffs on me and I spat in their faces.


“You bunch of fuckin’ pricks, get yer fuckin’ hands off me you dirty cunts!”


I was frogmarched out of the building and shoved into the back of the van, with Les following.


“Calm down Simon, we’ll get it all sorted out at the police station. Don’t worry, it’ll all be fine.”


Deptford “nick” was a mere stones throw from Kingfisher, and so it was only a matter of minutes before I found myself sitting in the custody suite.


Following a search the cops also found a small quantity of cannabis in my jacket pocket, together with some “poppers,” (amyl nitrate).


I’d discovered poppers a few months prior while browsing one of the many adult shops in ’s . The arresting officer took the substances


Away and I was left sitting with Les on a bench running along the back wall of the room.


“What’s up mate? You’ve really got to sort things out buddy, why d’you keep doing these things to yourself?”


My voice was raised and a few of the policemen milling around glanced over, probably concerned I was going to kick off again. But Les carried an air of confidence, it was clear he had things under control, so they refrained from intervening.


When Les instructed me to stay put and left, the minutes seemed like hours.  I was convinced they were going to charge me for possession at the very least, if not resisting arrest, and in all honesty, that's not what was bothering me.  I was more concerned that my stay at Kingfisher was in jeopardy.


Finally, Les returned together with the arresting officer. It was decided I would only be cautioned, but it was made clear, next time would definitely be a different story.
Posted by Unknown at 11:21